There are three main options a user can choose from to view or analyze data:

These options are summarized below. Apart from the above options a user can also search proteins according to their PDB code and chain notation. Each option finally will lead the user to:

Fig. 1 Types of entanglements identified by the KnotProt 2.0 with exemplary structures. The PDB codes of the structures (left to right): 2efv, 2rh3, 1aoc, 2p4z, 2ml7. The structures are colored blue to red. The light grey, thin parts of the chain are the parts not building the motif. In case of cysteine "knot", the loop-forming bridges are marked orange, while the piercing bridge is marked red.

This option includes all protein chains deposited in the KnotProt database with knots and knotoids formed only based on protein backbone. They can be browsed in three different ways. The default screen presents a list of proteins with their PDB code (together with the chain number specified), the topological notation, and the title used in the PDB header. Proteins with incomplete chains are denoted by an additional symbol of a broken chain element. Another option is to browse a list of names together with miniature figures of knotting fingerprints – this enables users to quickly identify some particular shape of matrix diagram. The third possibility is to browse a list of raw data, which is suitable for independent analysis. Upon choosing one of the listed proteins, the full information about it is presented as described in the section Single protein data presentation.

The filters are located on the top of the page and include:

Various entangled structures shown in the Fig. 1 can be filtered by choosing:

After selecting topological types of interest, user has to click the "Filter" button to display all of the structures matching the criteria chosen. 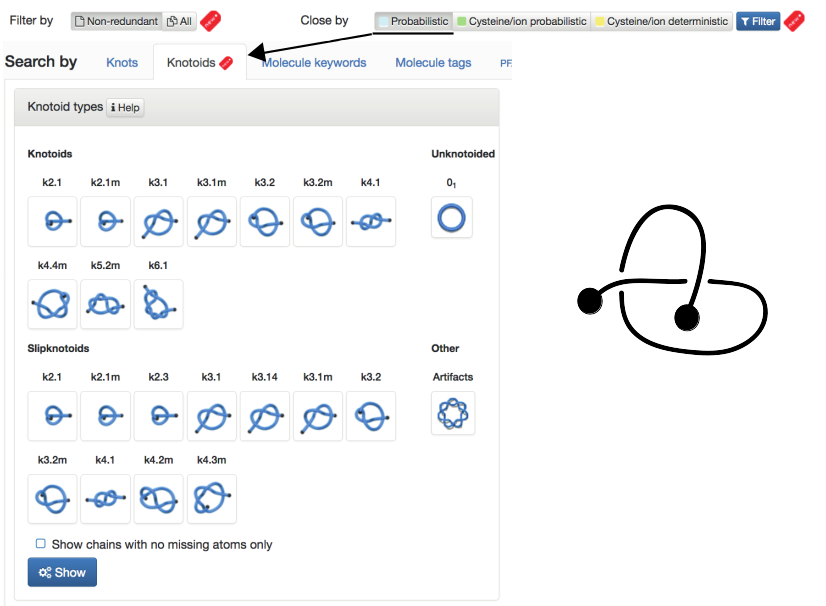 Fig. 2 The default view of the Filter chosen as "Non-redundant" and closed by "Probabilistic" method and Search by Knotoids tab.

Fig. 3 The default view of the Filter chosen as "Non-redundant" and closed by "Cysteine/Ion probabilistic" (left panel), "Cysteine/Ion deterministic" (right panel) and Search by Knots tab.

A user can search the database in various ways. First, the user can choose between Knots and Knotoids. In the default screen for each of these types the following options can be chosen:

A user can analyze three types of entanglement: knots, slipknots and knotoids, all based on the protein backbone.

A user can upload and analyze two types of data:

The data can be submitted either in the PDB format or in a simplified "x-y-z" format (containing only Cartesian coordinates of atoms, which enables users to analyze arbitrary polymers or open chains).

In the case of a single structure, when knots or slipknots or knotoids are detected by KnotProt 2.0, the relevant knotting fingerprint is constructed. In the case of a trajectory, an xtc format (typical for Gromacs software) can also be uploaded (with a gro or pdb file). To detect knotting in an open chain, a user can choose:

After selecting a particular protein from the database (e.g. after browsing or searching the database, as described in the next section) users can view all information about it in the following screens: 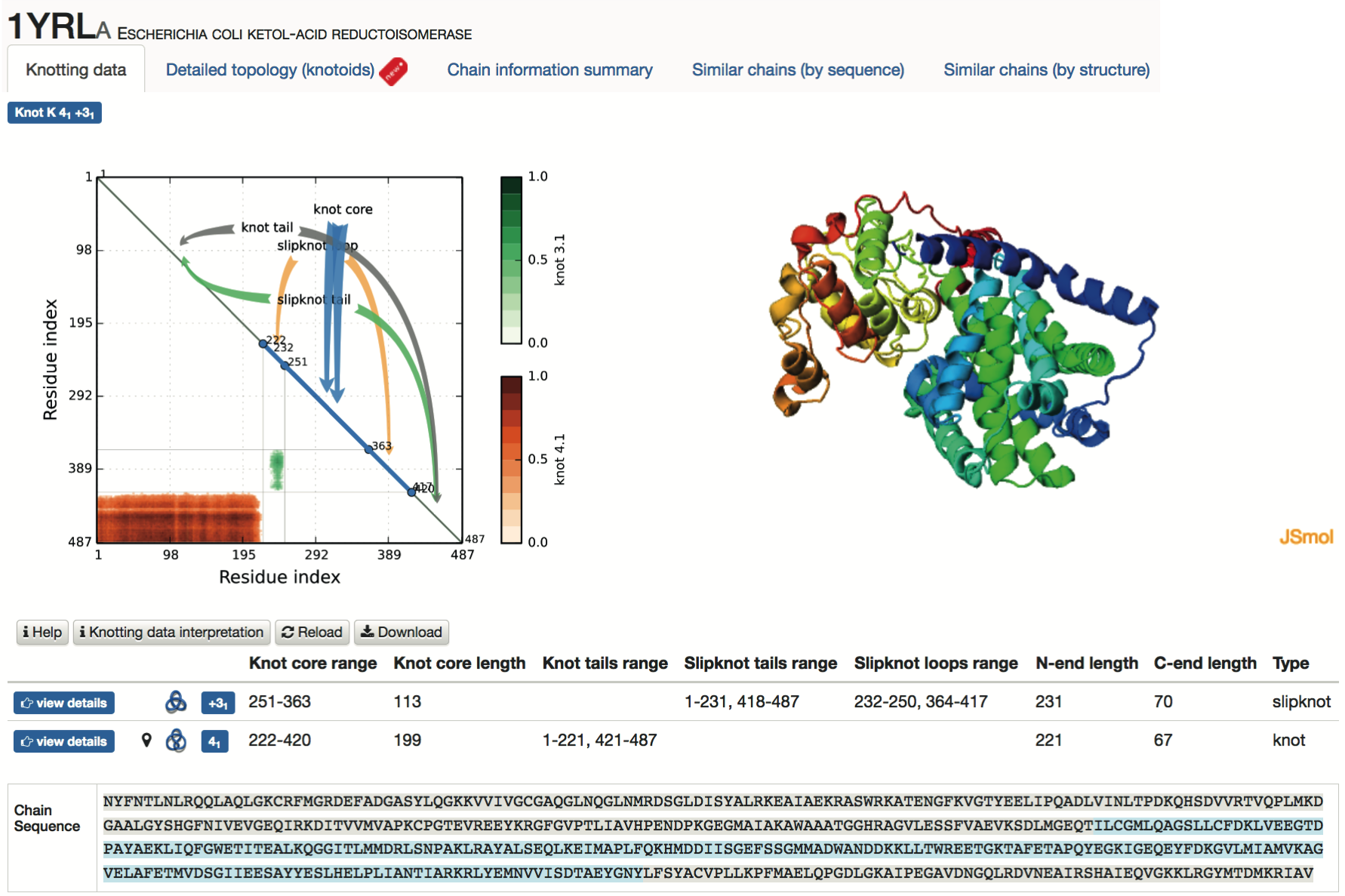 Fig. 4 An example of data presentation for a knotted protein 1yrl in the KnotProt. In this example the analyzed polypeptide chain of E. coli ketol-acid reductoisomerase reveals that the entire polypeptide chain forms a 41 knot, and has a subchain forming a 31 knot. Diagram in top left: knotting fingerprint revealing the positions of subchains forming 41 and 31 knots. Top right: graphical representation of protein in JSmol. Table in the middle: detailed data about knots and slipknots formed by backbone subchains. Bottom: sequence representation with the knot core and knot tails highlighted in various colors. 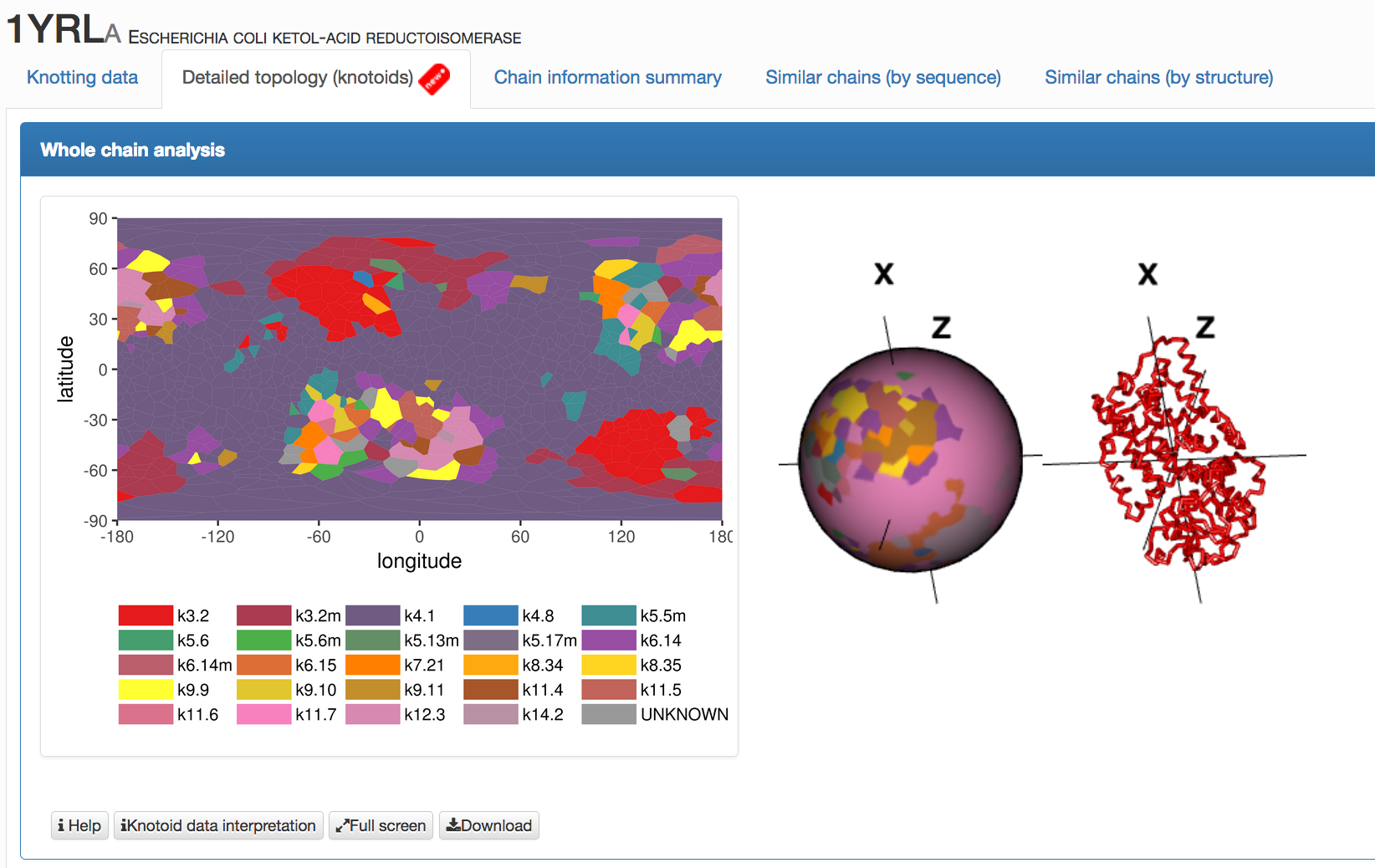 Fig. 5 An example of data presentation for a knotoid formed by protein 1yrl in the KnotProt 2.0. Each point in the map and the projection globe (interactive and colored in the same way as the map) represents the global topology of a knotoid, which is determined by the projection along direction represented by this point. 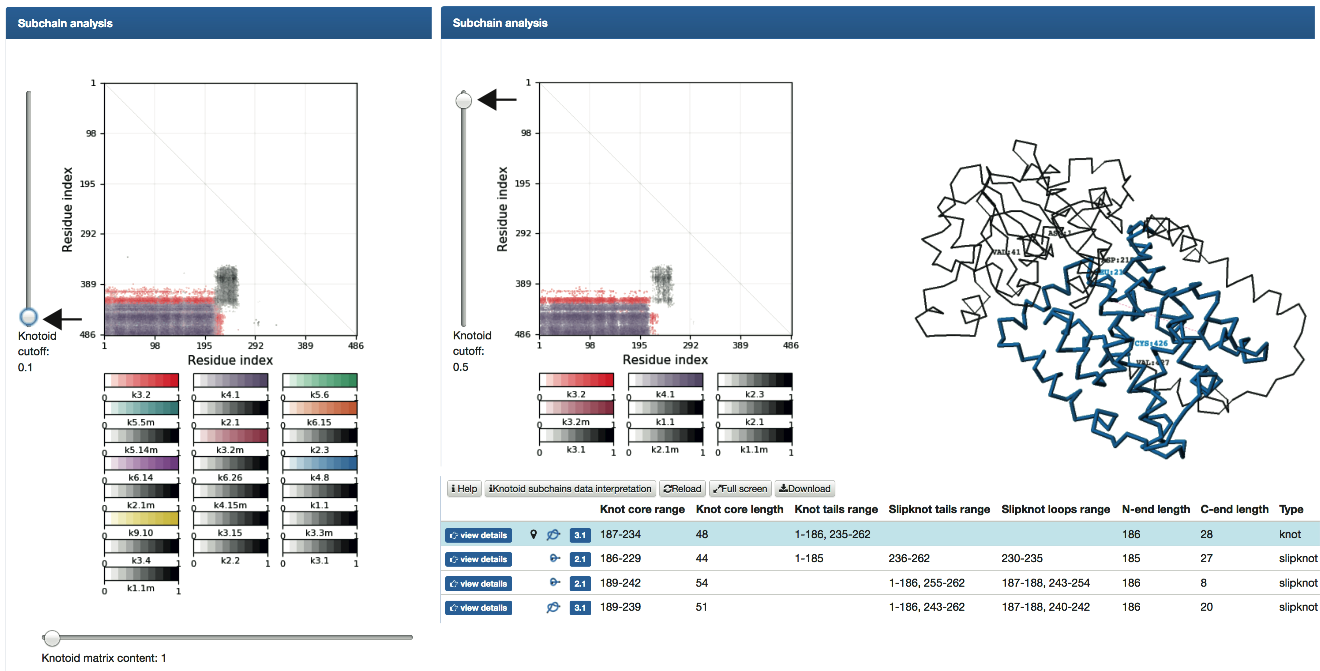